Being the first days of Summer, we thought it right that we should have a birding date walk and coffee, along the Georges River waterfront to check out the return […]

Being the first days of Summer, we thought it right that we should have a birding date walk and coffee, along the Georges River waterfront to check out the return of our migratory waders, the Bar-tailed Godwit, which appear on our river flats at low tide and should have returned several weeks ago. To our disappointment and concern we saw no Godwits or Curlews at all the whole time during the tidal change, just a few Pied Oystercatcher working the sand for mud crabs. As many of you know, the Godwits are my favorite wader, which I report on yearly, and stress how they travel the longest distance non stop of any birds from Alaska to Australia. They are featured in my book “What Birds Teach Us”, teach on the character quality of Endurance. Here are some older picks to remind you of them and their amazing journey. Click on images to enlarge them

We will be keeping our eye out the next few weeks, as other birders have reported delays and reduced numbers returning. This is a concern as their stop off feeding places in the Asian countries are being destroyed and filled in by humans for land reclamation, causing the birds to fly on undernourished and drowning in the ocean due to exhaustion. They always return to the same beaches each year. Here are the Pied Oystercatchers we saw.

As we continued our walk along the walkway we saw this adult Silver Gull trying to avoid the endless begging its two juveniles. Notice the three common practices of a begging bird, common to most waterbirds: bowing; monotonous mono-tonal calling (squawking); and following the adult closely around.

We saw this pair of Masked Lapwing controlling the sand dunes. They must have finished fledging their young, as they were not attacking anyone.

As we passed the swimming baths, this pair of Little Black Cormorant were resting on its wall. Don’t you love their beautiful blue eyes ? We have 5 species of Cormorant in Australia and this one is one of our smallest. It is found around the coast and rivers and is also in the island nations north of Australia and in New Guinea and Indonesia.

As we returned to check the beach for waders, after our walk and coffee date we, we heard and saw flying, several Channel-billed Cuckoo over in the park across the road, so we ventured over. Another birder was already there looking up into the large native fig tree, which was ripe with figs. from which this family were eating. As you know the Channel-bills are parasite nestors, and return every year from New Guinea in Spring to have their young at the expense of our native Aussie birds.

They will usually lodge their eggs in Currawong, Magpie and Raven nests, expecting these birds to raise them to fledgling status. The bird, having the largest beak for a Cuckoo is also the largest Cuckoo in the world, and is hated every year for its early morning screeching and squawking as it is chased by other birds who are wise to its antics. Have a listen to what we heard:

It is one bird that will cause several bird species to respond to a mobbing call of the Noisy Miner and the Pied Currawong to come, even Grey Butcherbird, and chase out of their territory. The barred tail is classic of the Cuckoo species. They have to completely remove both birds, as while the male is being chased, the female may quickly go to an unmanned Currawong nest and drop here eggs in. When the baby Cuckoo is born, it has an action which will push the other eggs of the host bird out of the nest, and my even kill the young birds, being larger, making it often the only bird left for the host bird to raise. Sadly, they do not always recognize it is not their own, but like good parents raise it as their own.

As we did not do so well with our coastal birds we visited our local National Park, and were again surprised by the lack of birds. My wife and I did see this pair of nesting Rainbow Lorikeet watching over their young in a tree hole nest. Most Parrot species nest in the tree holes of the large Angophora and Eucalypt trees, and compete with other Parrot species and Owls for such prize nursery holes. The Rainbows being more aggressive usually win out.

We noticed this Diamond Python sunning outside a nesting hole, which its head appeared to be inside of. This could suggest it was feeding on the young or eggs of a nesting bird.

One of the joys of this walk, as I mentioned in recent weeks, is the health benefits of these bush walks. After the many rains of this year the forest Fan Palms are beautiful and lush. Here are some views that refresh and delight my spirit.

Lastly, I want to share one of our juvenile home birds, the offspring of our own local Grey Butcherbird ‘Butch’ who frequents our birdbaths, and has taught each new generation how to do the same. Notice he is still to master the skill of bathing.

Have a wonderful birding week. Enjoy this last month of this very unusual year. Sadly I lost my mobile phone yesterday while birding.

Remember to look up my books as they make possibly one of the best gifts you could give your loved ones as they not only teach and introduce the reader to our interesting birds and their interesting life behaviours, but they also teach helpful ways to live and make wise life choices. As a qualified Family Counselor these books are my legacy to our younger generation, as they continue to be bombarded through the media with so much alternative information. Our young people can easily lose sight of what are the important basics to a happy and healthy life, physically, mentally, emotionally and socially. Click on the image below to find out more.

Jesus (Yeshua in the Hebrew which means Salvation. The angel told Joseph his step father he would be called Jesus the Greek/Latin name) ‘because he would save his people from their sins.’ – Matthew 1:21. This time of year we remember his birth because it brought hope to a hopeless world. The many man and demon devised counter beliefs are formed to deceive and mislead us to believe that we can do something to save ourselves, that we can earn salvation by our own flawed efforts, but the history of mankind tells us otherwise. We are all flawed and broken people inherently, ‘tarred with the same sinful brush’, but Jesus was the exception, being born of the Holy Spirit and human Mary. It was imperative that a human must die for humankind to pay for the short comings that have separated us all from knowing and experiencing the love and hope of God in our lives. The wonder of it all is that he did it for us ‘while we were still sinners’, because he knew we would fail by our own efforts to be and do good. It was a free gift from God.

“But the gift is not like the trespass. For if the many died by the trespass of the one man [Adam our ancestral father] , how much more did God’s grace and the gift that came by the grace of the one man, Jesus Christ, overflow to the many!” – Romans 5:15 (NIV)

“For the wages of sin is death, but the gift of God is eternal life in Christ Jesus our Lord.” – Romans 3:23

The reason we give gifts at Christmas is to honor and remember the gracious giving of our Lord Jesus by God our Heavenly Father to the world, because he loves us so much and wanted to save us from inevitable destruction.

To introduce people to our amazing Australian Birds 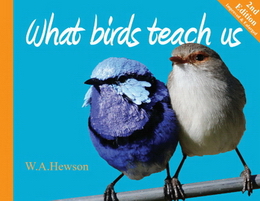 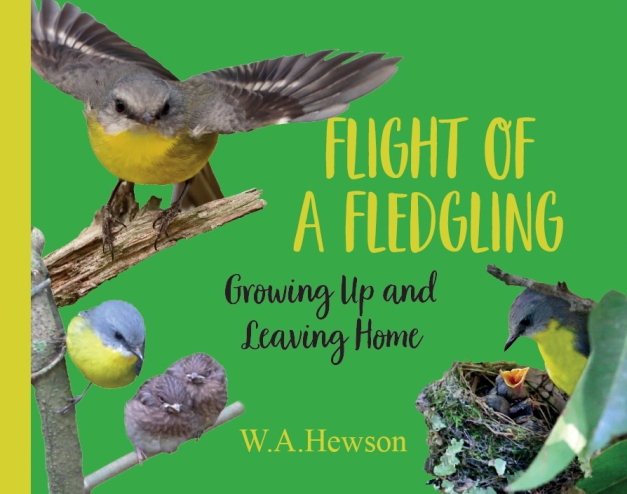 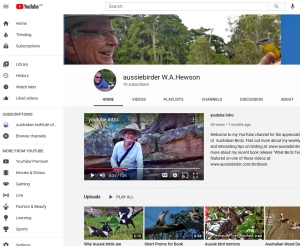 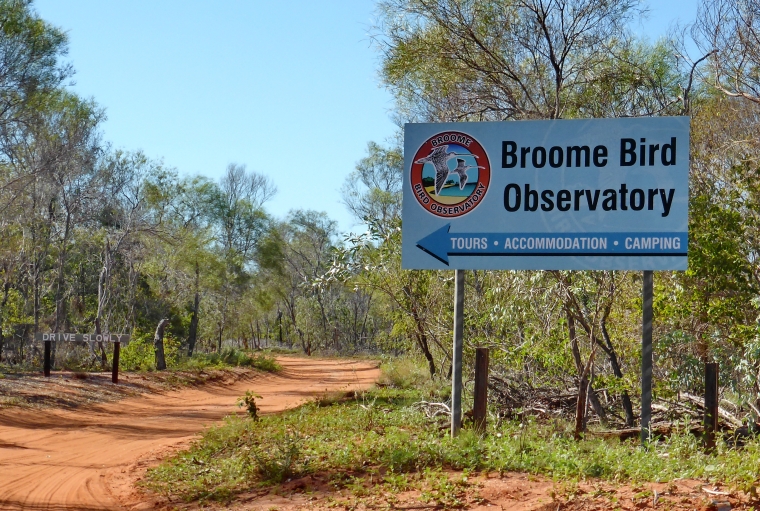 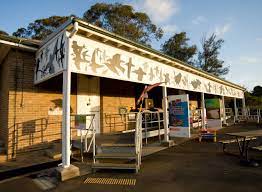 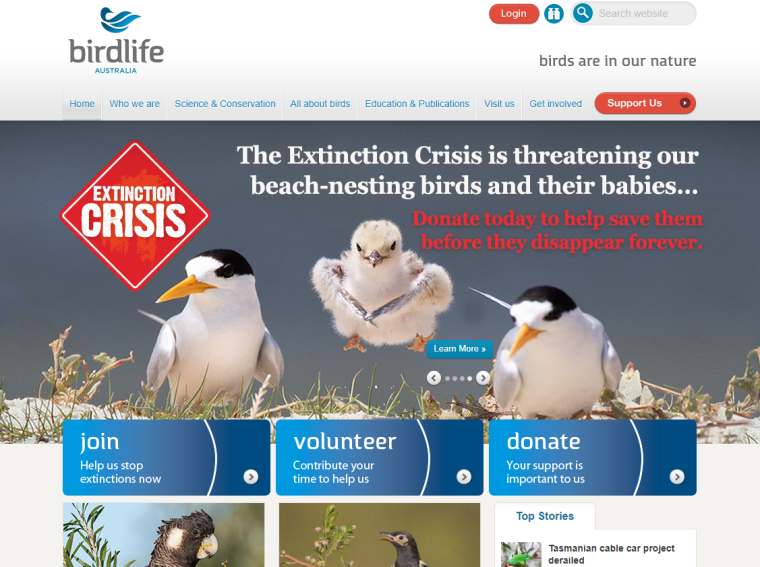 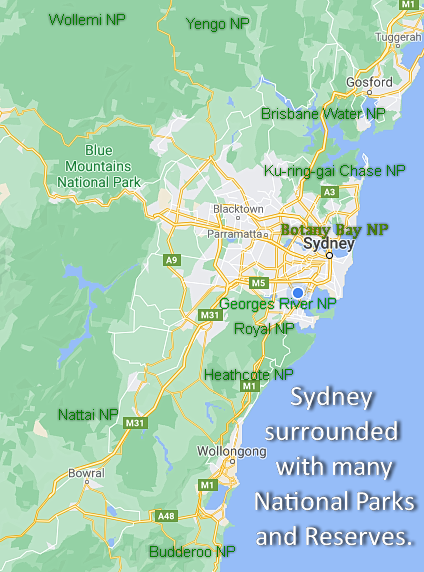 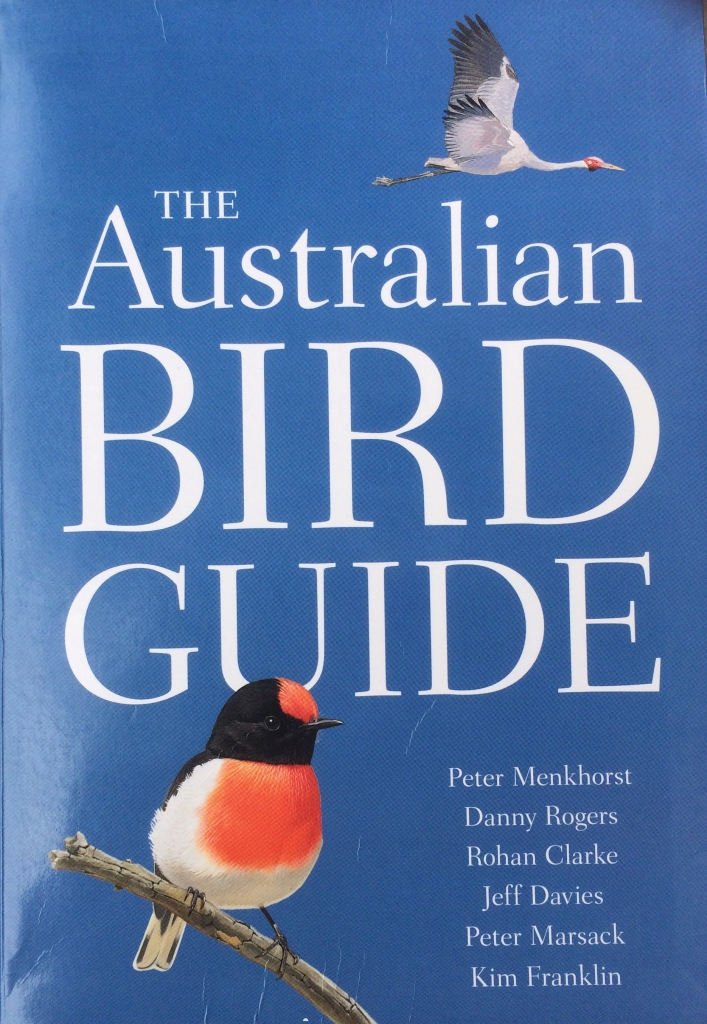 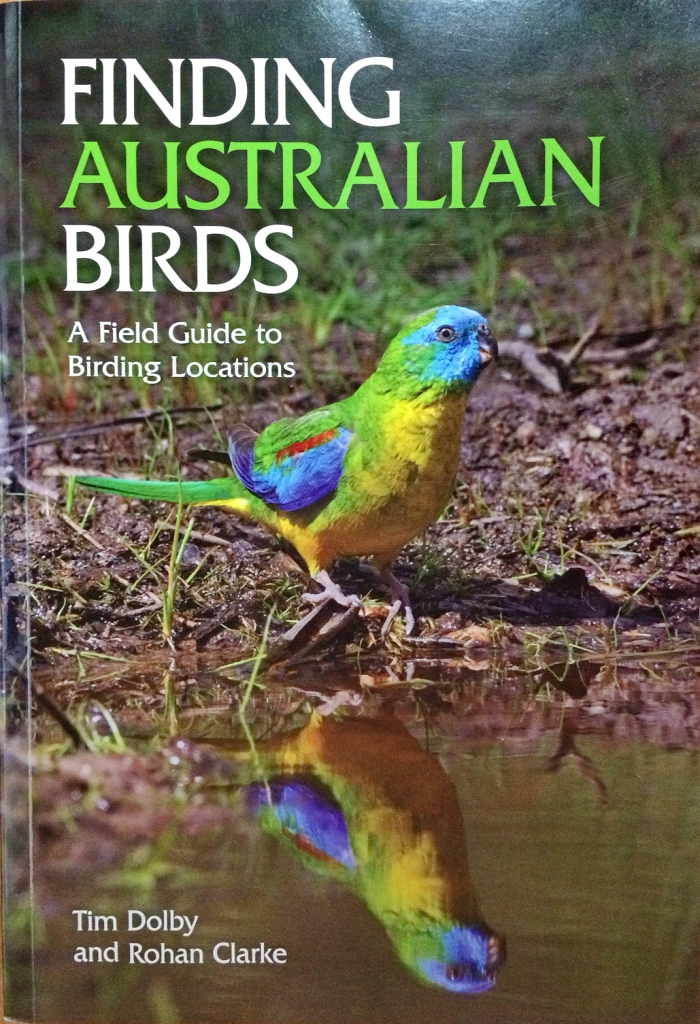 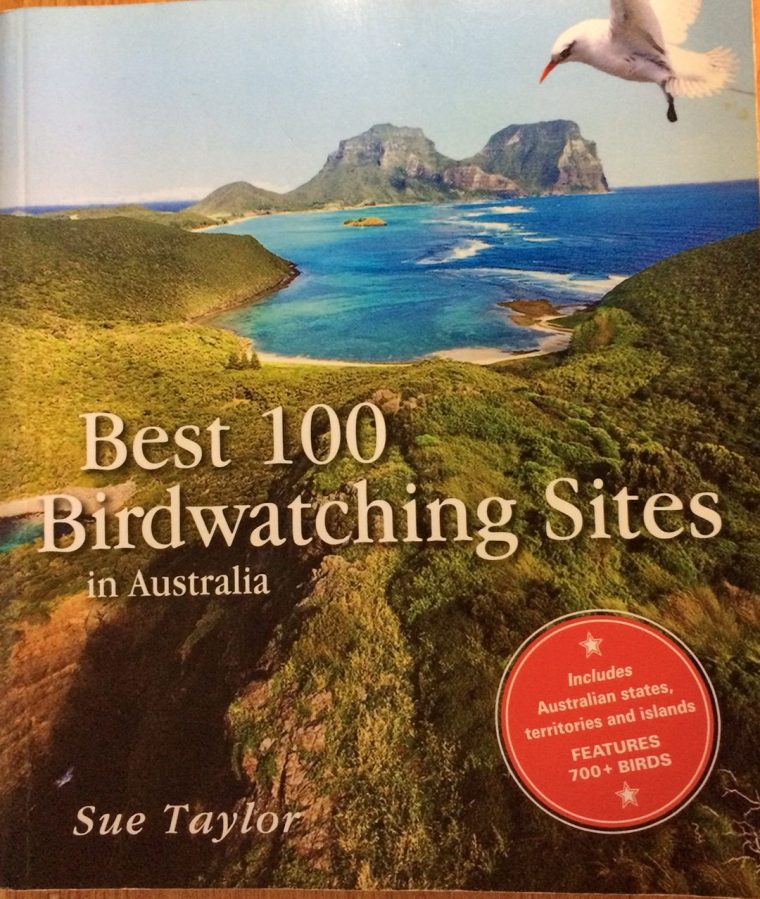 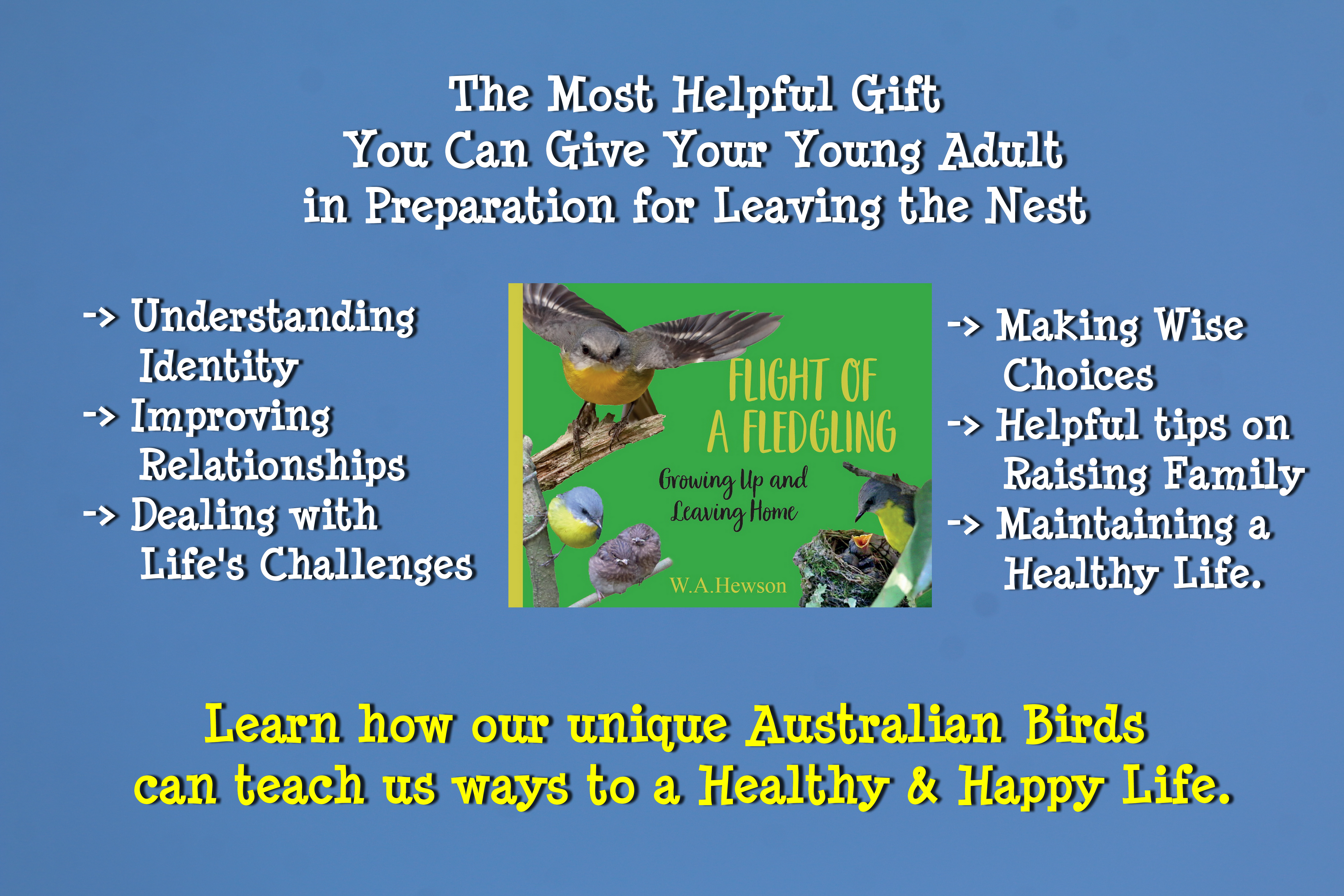