The Great River Walk – What Winter Birds Are There ?

Having picked up my camera and lens from having its 5 month hospitalization and major surgery, my wife and I headed out west of Sydney to the The Great River Walk, which runs along the Nepean River at Penrith. You may remember we visited this walk for the first time in Summer, so we thought it good to check out the Winter birds here. They were fewer and much the same, and in much the same places, but no nesting this time or males displaying. Though as you can see above the male Superb Fairy-wrens were well decked out in breeding plumage, as they can breed several times in one year.

It’s inland cousin, the Splendid Fairy-wren is the one featured on the cover of my book and also as the first bird in my book. 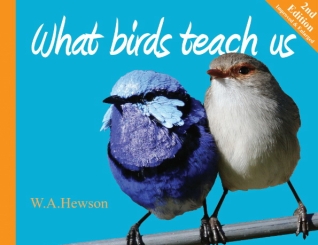 It was quite cool in the morning and many walkers were on the track, but this did not perturb the birds as they sang and hopped about in the scrub by the track. We checked were the previous nesting sites were during Summer, but they were long gone, though we did see a pair of Dusky Woodswallow that had previously nested there, hunting and resting nearby on top of a lamp post.

Earlier my wife had spotted this PeeWee (Magpie-lark) which she noticed look different, and yes it was, lacking the full front black breast plate. It appeared to be a male possibly immature.

See several Yellow Thornbills in the sunlight was one of our greatest delights, as this is more of an inland birds we seldom see in the coastal forests. These tiny birds make their beautiful little buzz and piping notes as they busily move over trees for insects.

It is interesting that several birds that normally migrate north to warmer weather during Winter are remaining during these months, possibly because they have adapted to our warmer winters. The Red-whiskered BulBul is one such bird. We saw this pair and several other family groups also.

Of course the Red-browed Finch is present as always. These little Firetails are always a delight to watch flocking about the grass seed.

The male Golden Whistler made a short appearance, escaping my camera. However, I managed to catch this shot. He was calling out of season. This is another bird featured in my book for his joyful song. Recent studies in bird neurology have found that birds such as the Whistlers sing not just to communicate and ward off intruders but also just for the sheer pleasure of it, as it releases the feel good endorphins in the brain, in the same way as it does when we sing and are happy.

The loud melodic ring of the Bell bird dominated one area of the walk, where these birds had taken control of several eucalypt trees, where they were busily moving throughout the trees harvesting the bird sugar candy called lerps. They constantly and deliberately eluded my camera. One bird had just bathed in the river nearby and was quite disheveled, as he preened and cleaned himself.

This is another bird featured in my book for its amazing social and community structure. This is what it sounds like. The sound can be so loud in some forests when hundreds of these birds are calling that it is almost deafening. The sound is amazingly amplified off the eucalypt leaves in a similar way to the sound of the Whipbird (also featured in my book).  Here is a sample.

Lastly, we saw a small flock of yellow-tailed Black Cockatoo fly off into the distance toward the Blue Mountains in search of seed cones. This one I managed to capture flying into the mist.

In summary, many of the territorial non migratory birds remained in the same areas we found them last Summer, though several of the other species, particularly the honeyeaters,  had left for warmer areas or chasing blossom.

It is interesting to watch how many species of bird can co habitate together in harmony, and share the experience of being with others, even if they are different species, gaining the advantages of the Mixed Feeding Flock (MFF) whereas others show aggressive tenancies to all of different species, excluding them from their social network. This is similar to human behaviour, and is featured in recent violent occurrences in both Australia and the USA, where aggressive Miner-like behaviour caused the death and injury of two men.

Enjoy your long weekend and the returning freedom to move about, to explore, to dine and to meet with others again. Remember to continue social distancing and be vigilant to prevent a second wave.

NOTE: All photos, videos and music used on this website are photographed, composed, performed  by the site owner and remains his copyrighted property, unless otherwise stated. The use of any material that is not original material of the site owner is duly acknowledged as such. © W. A. Hewson 2015, 2016, 2017, 2018, 2019, 2020. 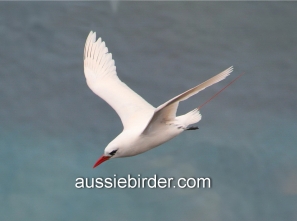 14 comments on “The Great River Walk – What Winter Birds Are There ?”